To start off with,

Well I was recently sitting in my Linear algebra lecture, scrawling notes down , when it occured to me, that The only thing better than Snakes on a Plane is Motherfucking snakes on this Motherfucking plane! and the only thing better than that (being the enthusiastic Maths student I am) are Vectors on a Plane or Isomorphic Vectors on a Isomorphic Plane.

I wonder if we can get Samuel L Jackson (or even better Jesse Ernest Wilkins, Jr
see (http://magazine.uchicago.edu/9708/Images/AAWilkins.gif)

), to star in a more Maths educational film Vectors on a Plane, or maybe I will just have to make another Flash or MNG animation / parody / tribute (The world needs better MNG animators and animation support). And can you imagine come exam time the number of Linear Algebra Students that will say Enough is enough! I have had it with these isomorphic vectors on this isomorphic plane!” .

Also we were proving that B1A commuted to B2A, which I immediately interpreted as B1 being B1 the Banana and B2 being B2 the Banana and A as being their thought matrix. As it commuted successfully (so we proved on the board) B1 and B2 were thinking the same thing. (Are you thinking what I am thinking B2 ?) For more maths humour see http://en.wikipedia.org/wiki/Mathematical_joke and 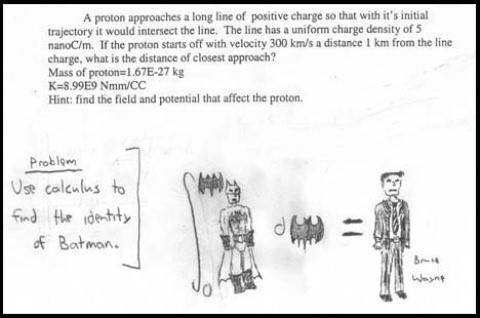 Also my I made lemon sponge pudding nice, and it was quite tasty, I still prefer butterscotch but you take what you can get and my hair is all plaited / braided up properly now.

The question today is once an IN joke is common knowledge, is it still an IN joke or does it become an OUT joke ? Does this idea apply to things other than jokes ? If you have any funny in jokes I would love to hear / read them ….

Chill out or Stay Warm

This site uses Akismet to reduce spam. Learn how your comment data is processed.